During our sail into Stockholm we suddenly lost steering on Antipole – the wheel was no longer connected to the rudder!  We managed to avoid the rocks and anchor while we investigated.  A temporary lash-up got us the rest of the way into port.  Our first four days in the city were dominated by the need to fix the problem.  A permanent solution will involve dismantling the entire steering system but eventually Tony achieved an interim solution utilising various washers which we obtained from a specialist shop many cycle-ride miles away.

Stockholm is an amazing city and somewhat overwhelming.  Sweden was once a major imperial power, ruling Norway, Finland and what today is Estonia, Latvia and other lands.  Its capital reflects this powerful legacy. The city is quite compact, occupying five main islands, so most of the important sights are within reach of each other – a rich mix.

The most impressive sight has to be the Vasa.  This huge warship was launched in 1628 but capsized just 1,300m into its maiden voyage.  UK readers will be reminded of the Mary Rose.  But unlike that ship, the Vasa was recovered virtually intact.  The restored exhibit is 98% original.  It was built to be intimidatingly impressive and so it is.  Its towering stern castle and ca. 500 sculptures added to its weight and instability.

The sights we visited included Gamla Stan (the old town), the Royal Palace and the remarkable city hall opened in 1923.  We cycled 12km out to  Drottningholm, where the summer palace is located and which is the present royal residence.  The palace is sumptuously decorated, much in the baroque style, including the extraordinary state bedroom.  We  particularly liked the court theatre which dates from 1766.  After Gustav III’s death in 1792 it fell into disuse until the 1920s.  It still has the 18C mechanisms for rapid changes of scenery and for sound effects. 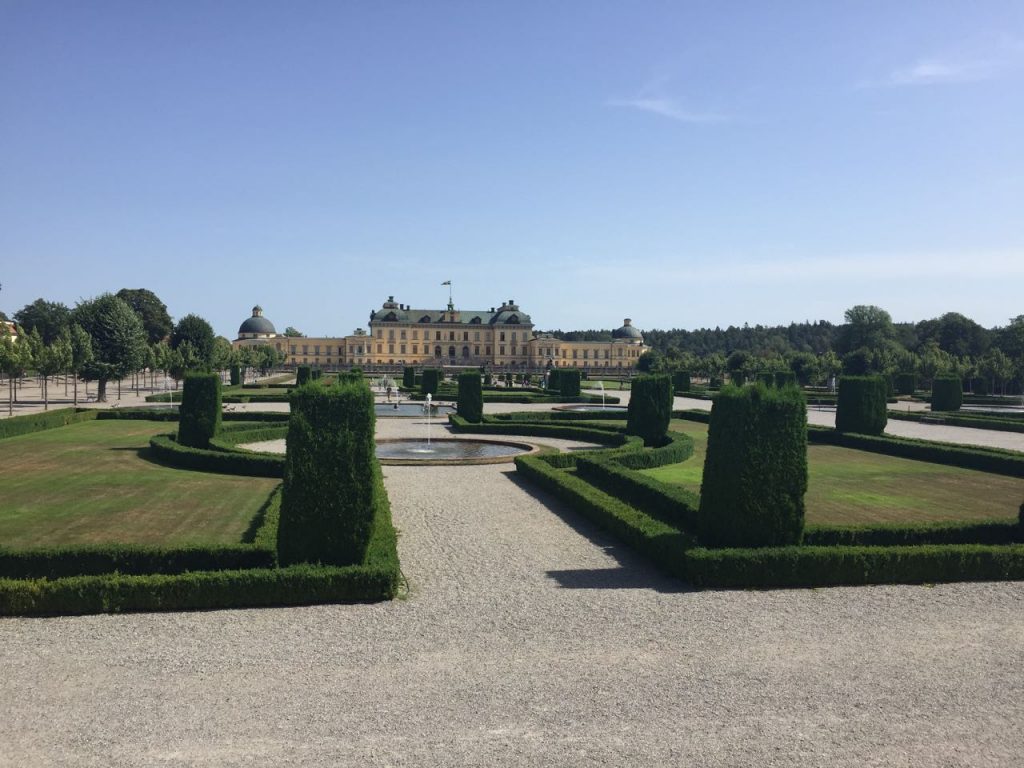 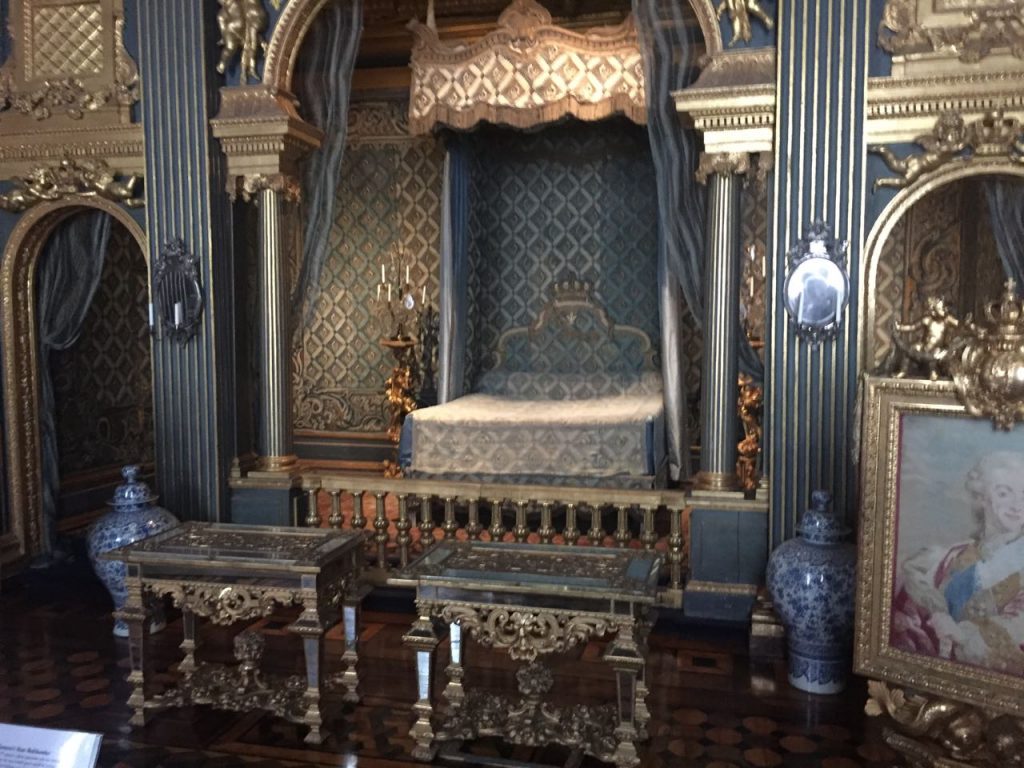 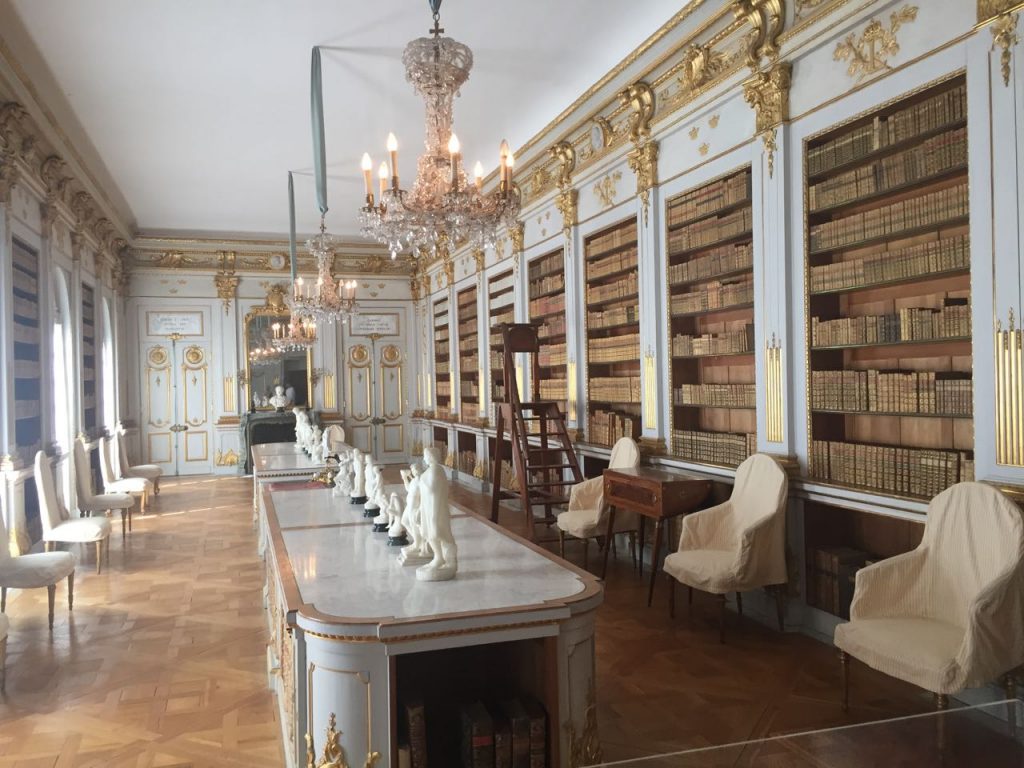 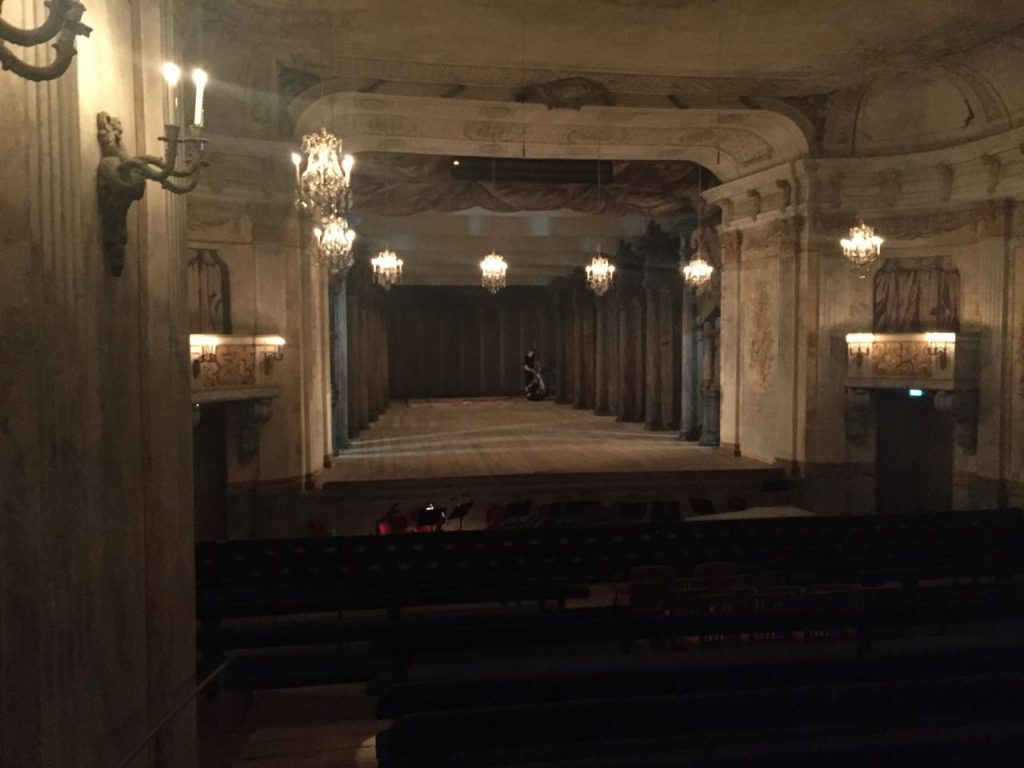 On our last day we visited the cathedral with its impressive sculpture of St George slaying the dragon, baroque pulpit and huge crowns over the royal pews.  In the evening we attended a choral and organ concert there. 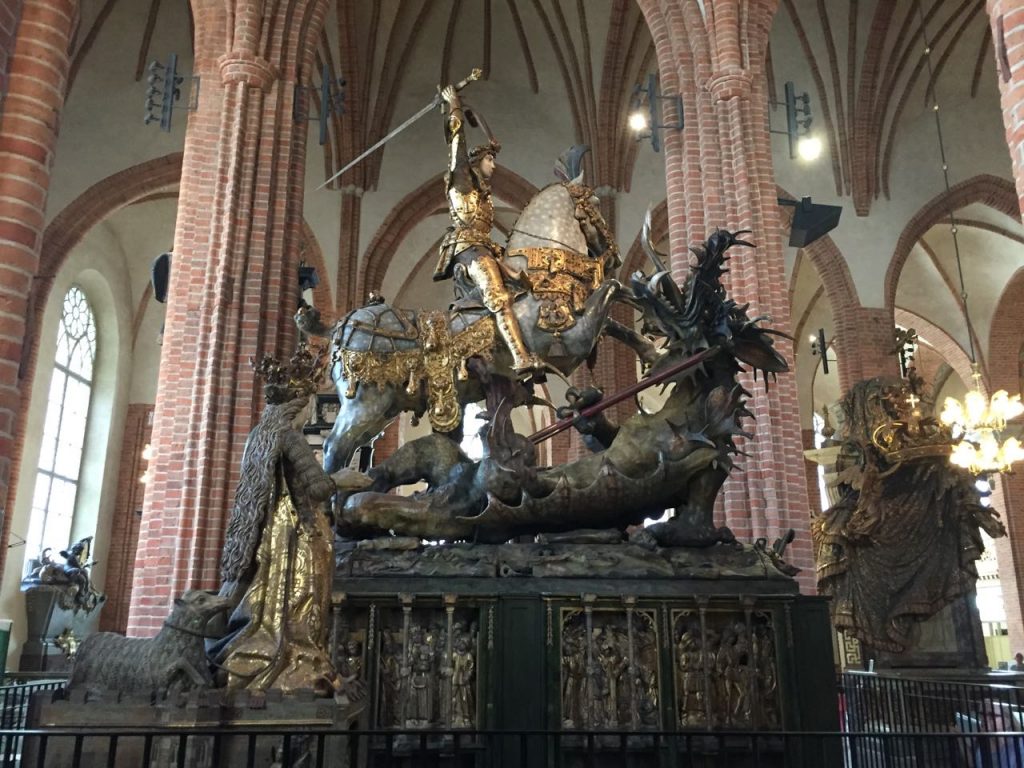 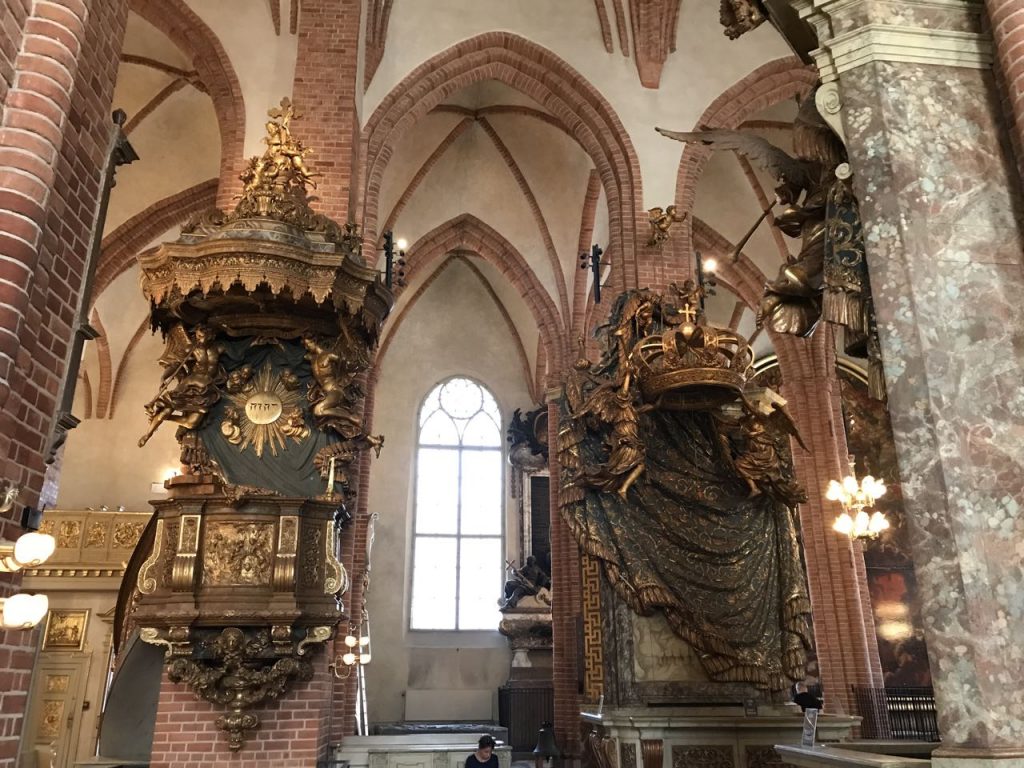 Pulpit with Crown Over Royal Pew

During our two weeks in Stockholm, we were visited by Tony’s son David and his young son Marcus.  We sailed to an anchorage at Kartorrpsviskin 8nm away and spent two days hanging out there, exploring ashore and swimming off the stern.  Marcus is very confident in the water and was much taken with the ducks that congregated on the stern deck expecting to be fed. 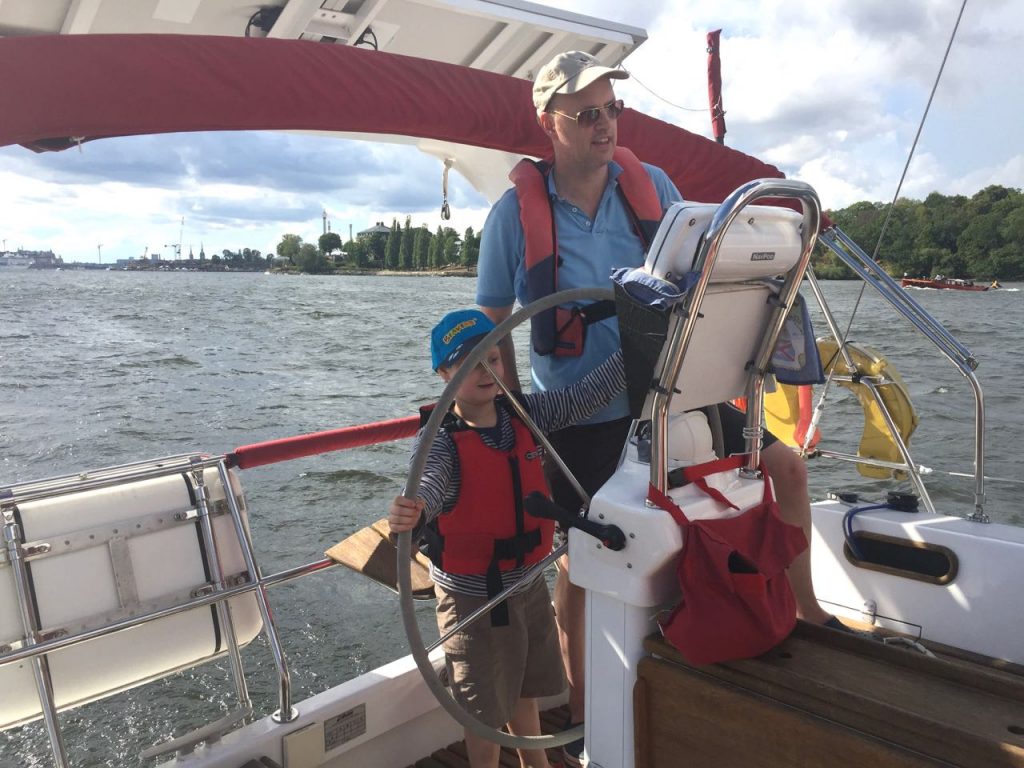 David & Marcus at the wheel 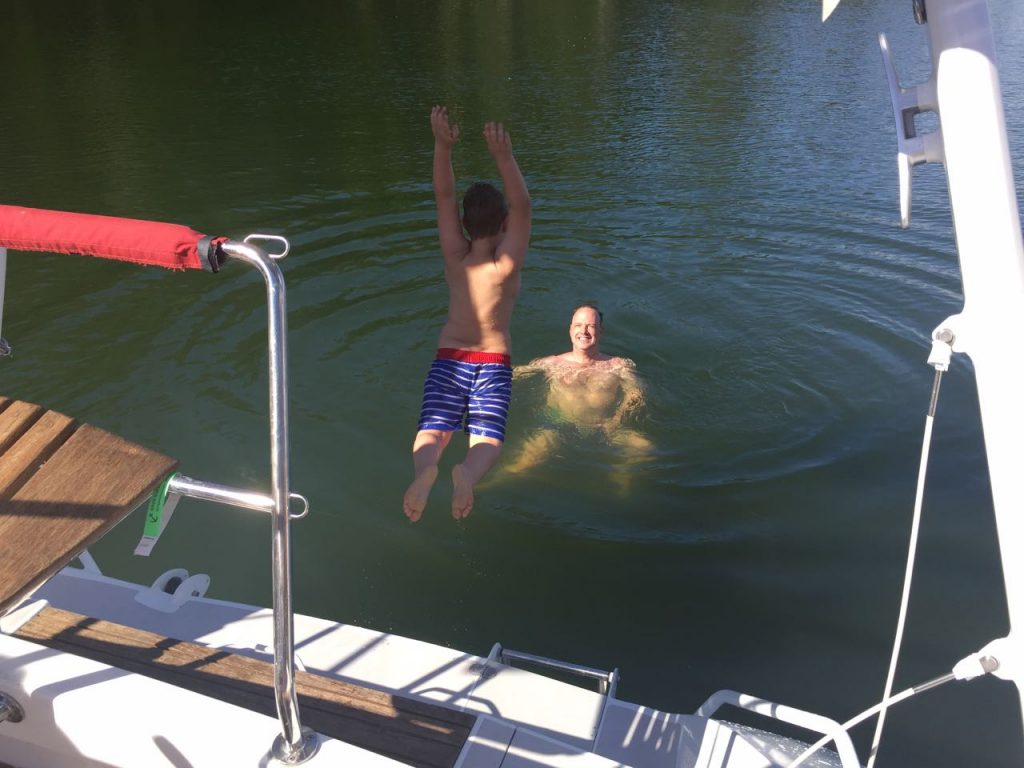 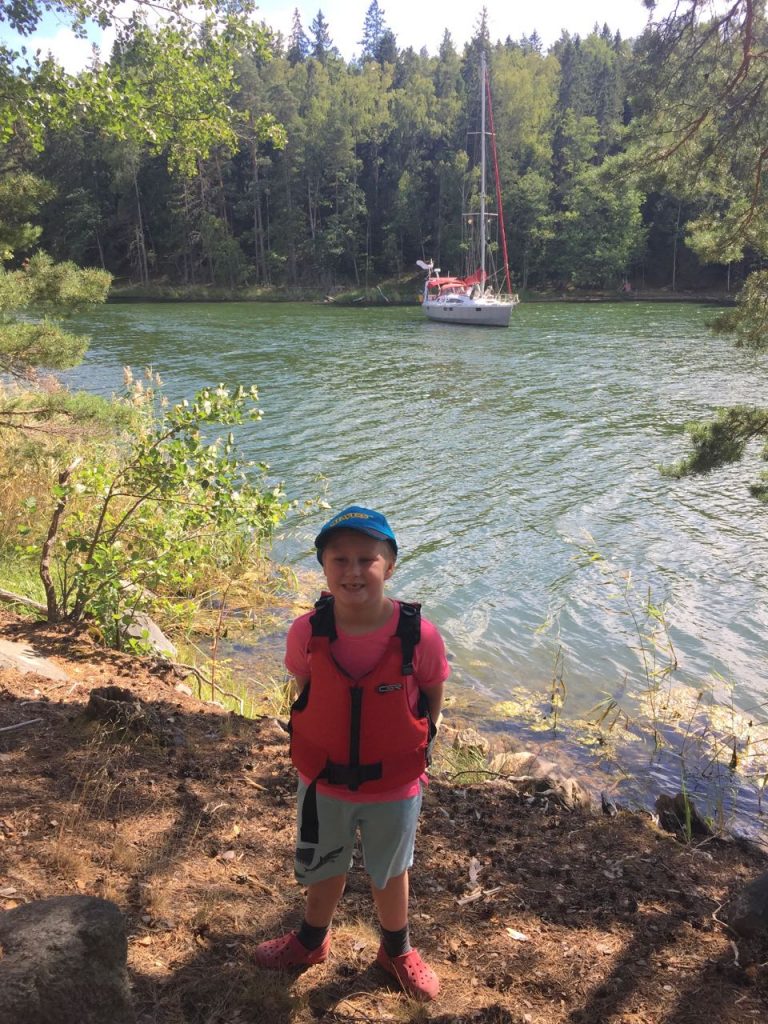 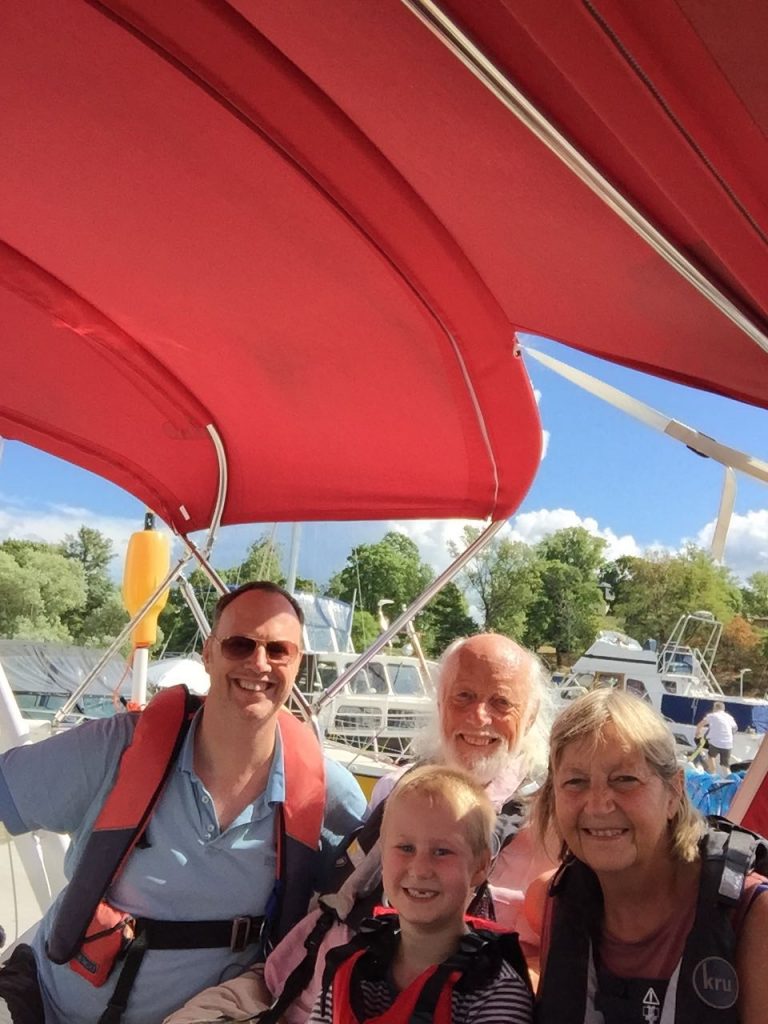 David writes: Marcus and I enjoyed a special few days on board Antipole. We arrived late on Friday to a warm cup of tea, and despite plans to stay in the marina the first day, after feeding some ducks the rain quickly subsided so we sailed out, via a thunderstorm, to our mooring. We enjoyed plenty of sunshine, fine food, feeding ducks, swimming (jumping), and walks ashore to seek out pirate treasure. After two nights we returned to Stockholm and were treated to a delicious ice cream. Thanks so much for having us on board!

It is time to leave Stockholm. We have only seen some of the many sights and not even managed any of the museums and art galleries.  It would take many visits to do it justice.