We had a fast crossing from the Åland Islands to Sweden, where we arrived in Grisslehamn Fiske – the fishing harbour of the hamlet of Grisslehamn.  The next day we sailed south, beating against southerly winds and, after a night at anchor, sailed to Norrtälje — the regional capital.  Norrtälje lies 10nm up a long and beautiful inlet, parts of which were lined with holiday homes and busy in the holiday season.

Norrtälje is a pleasing town still with streets of medieval origin. 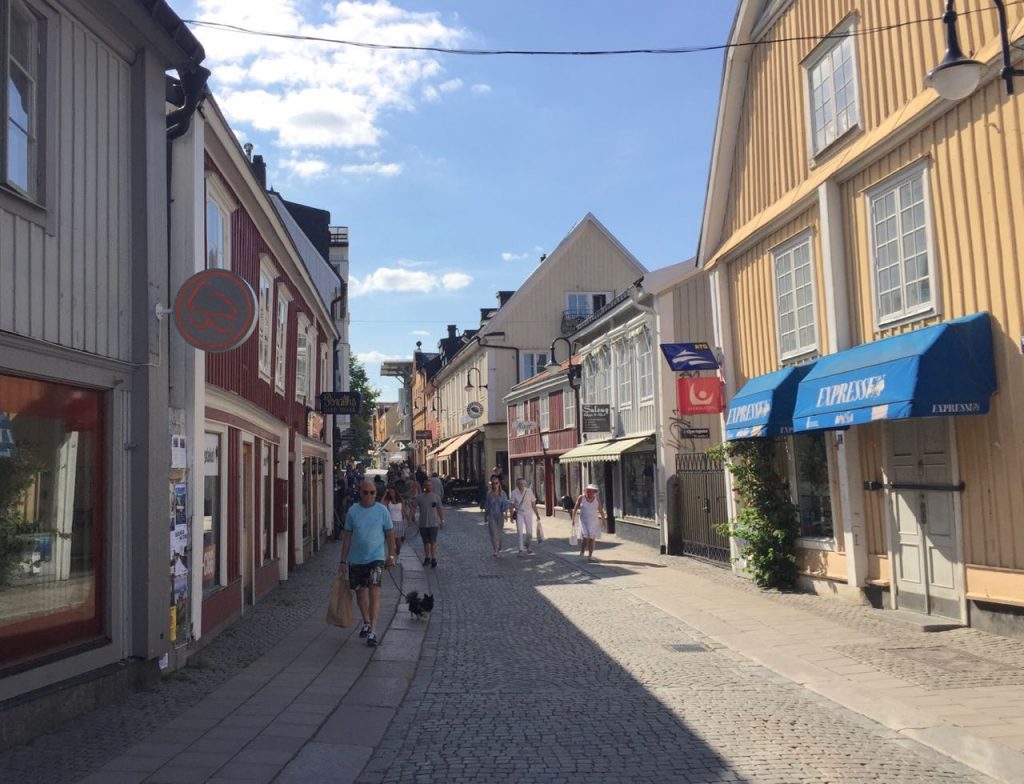 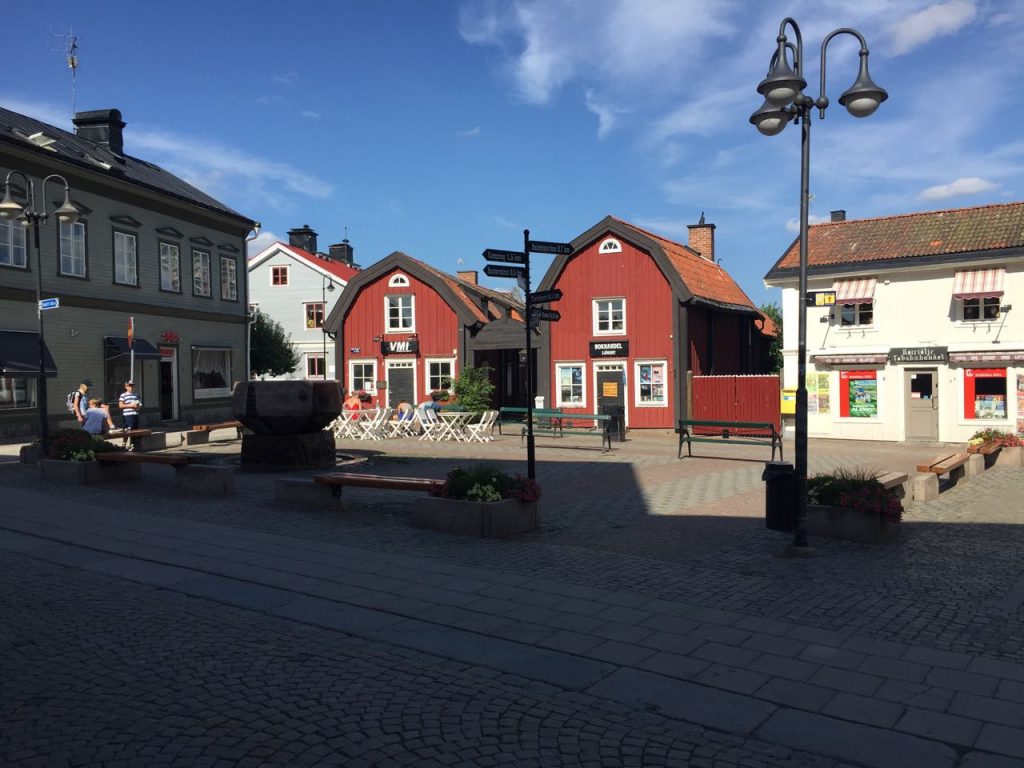 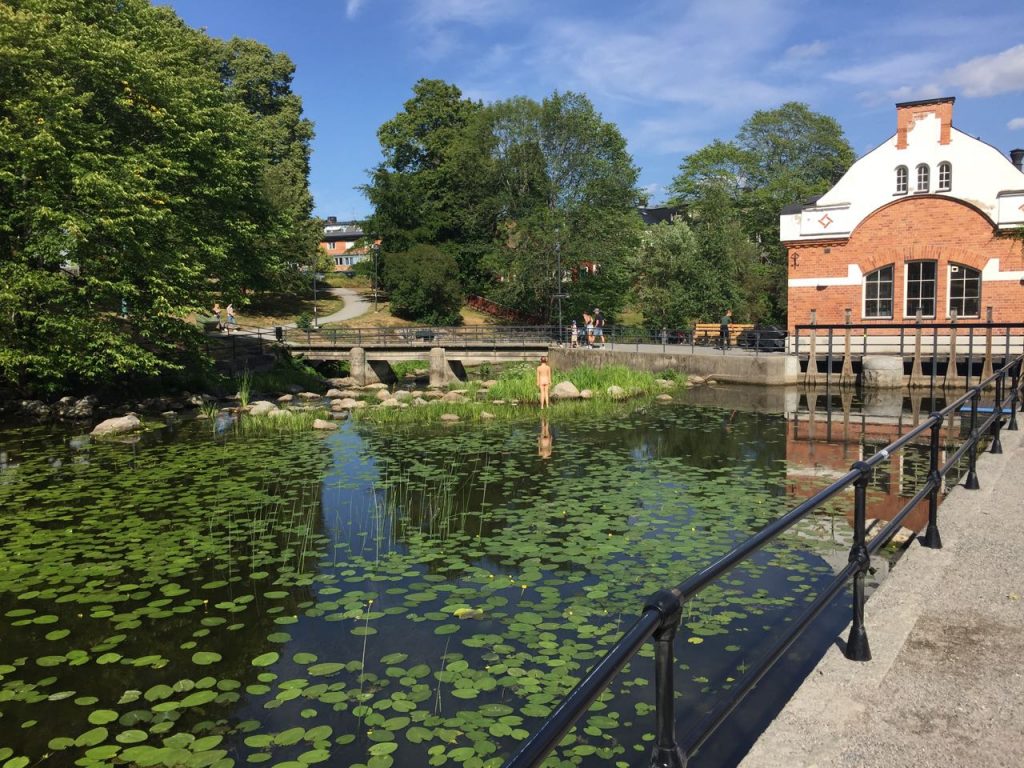 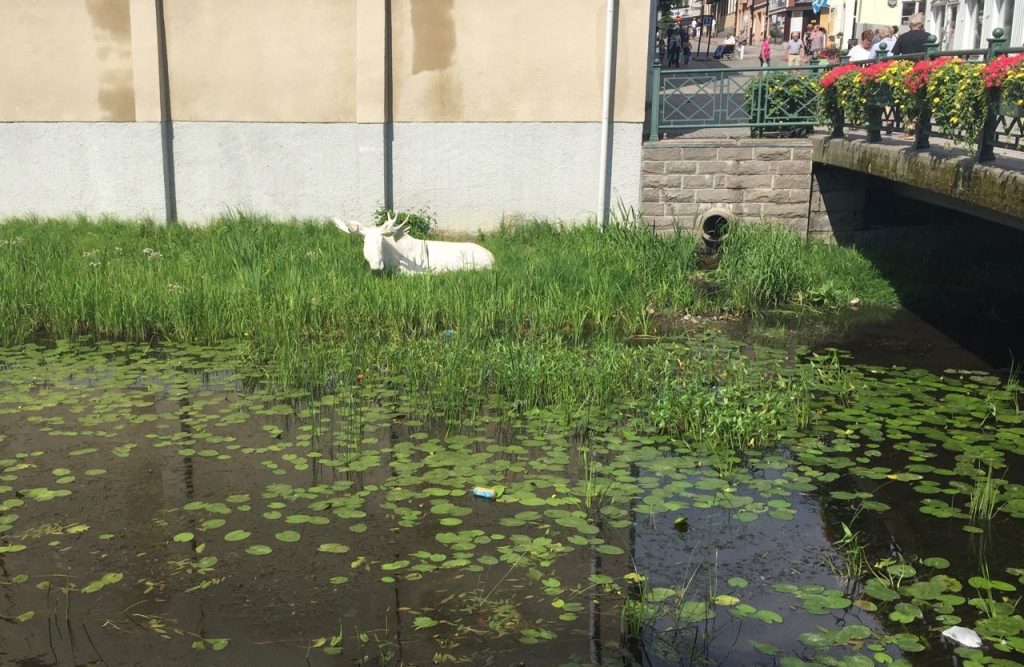 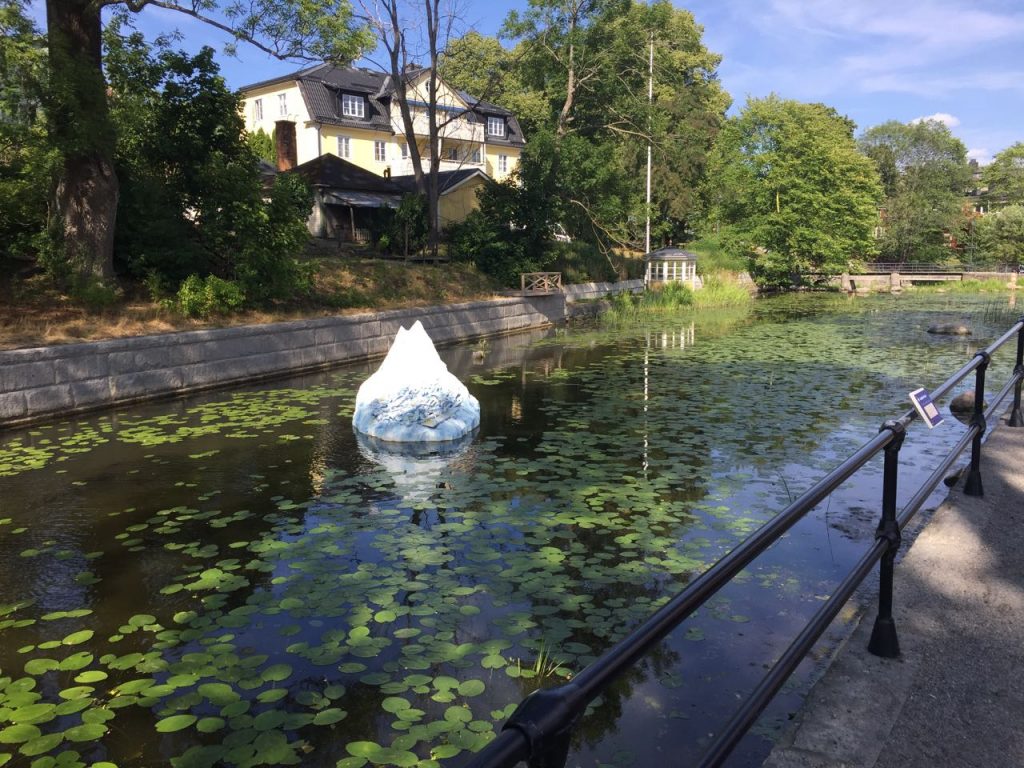 During our sailing, we have sometimes passed classic boats – from tugs to launches – and heard the familiar slow thump thump thump of their hot bulb engines. The hot bulb engine dates from ca. 1890 and was the first internal combustion engine to challenge steam.  It was simpler and easier to build than the Diesel engine, which only started to challenge it after 1910.  The hot bulb engine has the advantage that it can run on almost anything – crude oil, coconut oil, palm oil, margarine etc.  It is still in use in remote parts of the world.  The drawback is that it takes 15-20 minutes or longer to heat up the hot bulb with a blow torch before it will start.

Sweden took up the production of these engines so successfully that they became known as the Swedish hot bulb engine.  A major producer was the Pythagorus Works in Norrtälje, which only closed in 1960.  The factory was left untouched until 1990 when it was discovered to still contain all the classic heavy lathes etc.  Today it is a fascinating museum of engineering technology and has even produced a working hot bulb engine.  We really enjoyed our time there. 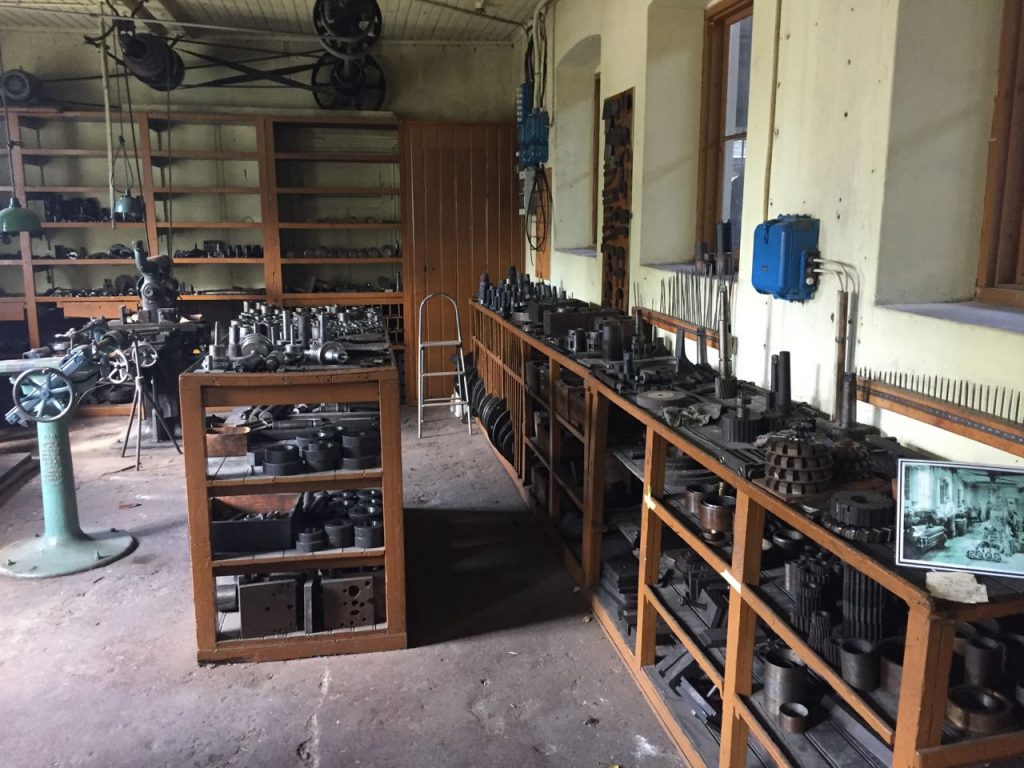 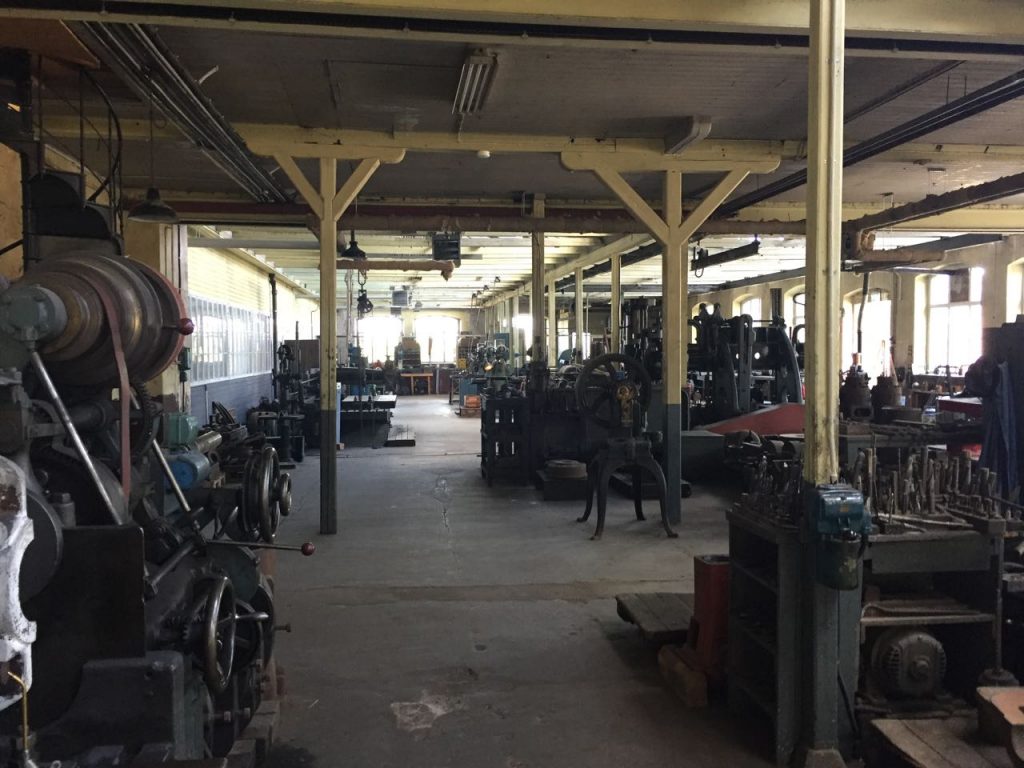 On Sunday evening Ynskje’s son Dan arrived on board from Vilnius.  We enjoyed a meal in a restaurant by the river in town before sailing the next day the 10nm out from Norrtälje and into the Stockholm archipelago.  With a forecast of a week of fine weather and mostly southerly winds, we spent two days tacking south through the more open parts which are studded with skerries. Eventually we came to a remote group of islands in the Stora Nassa nature reserve, which we might have expected to have to ourselves.  But this is the height of the Swedish holiday season and it was packed.  We found a place to anchor but the Swedes love mooring bow to the rocks.  Most Swedish boats carry a kit of metal wedges and a mallet and we could hear all around us wedges being hammered into cracks in the rocks.

If you click on the above photo to enlarge it, you can probably spot over forty yachts moored to rocks!

From here we had two days of sailing westwards into the more densely packed islands near Stockholm.  It has been very fine sailing with winds of force 3-4 under clear blue skies – but hot! At each anchorage we have flopped into the water on arrival and swam again before breakfast before setting off again mid-morning.

Finally we came to Stockholm, which is located behind a maze of closely packed islands, which has in past centuries kept the Russians out even though they raided the outer islands.

Here we said goodbye to Dan, who must return to his life ashore.  Thanks for all your work aboard, Dan! 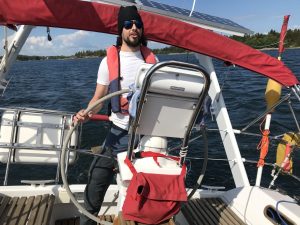 The Baltic odyssey goes on at a leisurely pace. Mum and Tony continue to inspire and adventure onwards with a humble wanderlust that I hope continues as long as they can both pull on their sea boots, check the weather, raise the anchor and set off for the next horizon.

Sweden baked and delighted with its laid back, peak holiday season mode. The Swedes race about in their boats – sometimes to the mild annoyance of our laid-back, wind addicted crew – to their infinite islands, drinking in and browning in the remorseless sun all the way.

Anchorages were “busy” (at least by Finnish standards I understand) but there was an air of bonhomie where it was clear everyone was enjoying their own special time on their holidays and therefore in the languid process of making the memories that shape the past. 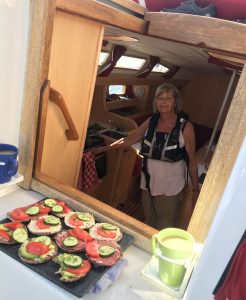 For me it was phone off for 5 days, great food rustled up incredibly, every time from below, immaculately planned trips, comfortable conversation and accommodation. More priceless memories for my past.

To two of my heroes, whose intrepid nature and complementary attitudes to life I deeply admire, love you both and bon voyage, until next time! 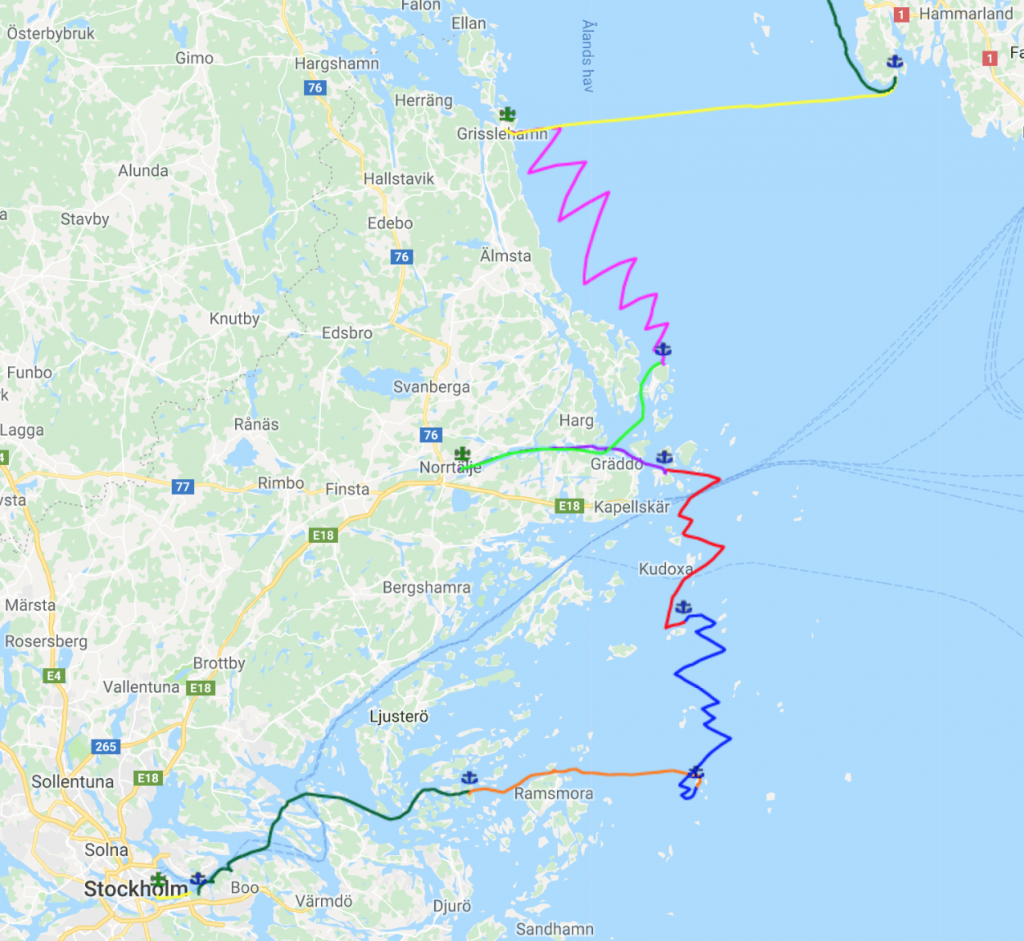