On 5th April we crossed by ferry from Portsmouth to Saint Malo with the car laden with gear to be stored until the boat is ready.  Tony had a dental crisis following some work the previous day and so we diverted to the dental hospital in Rennes where he experienced the French approach to the art – very efficient.  The problem is now resolving over time.  Then it was on to the chantier in Les Sables d”Olonne where we viewed Antipole, nearing completion of the woodwork stage.  It was most interesting to see, although quite a lot of work remains to be done.  Launching has been deferred to 2nd May, and we next visit shortly after that for the acceptance inspection and sea trial. 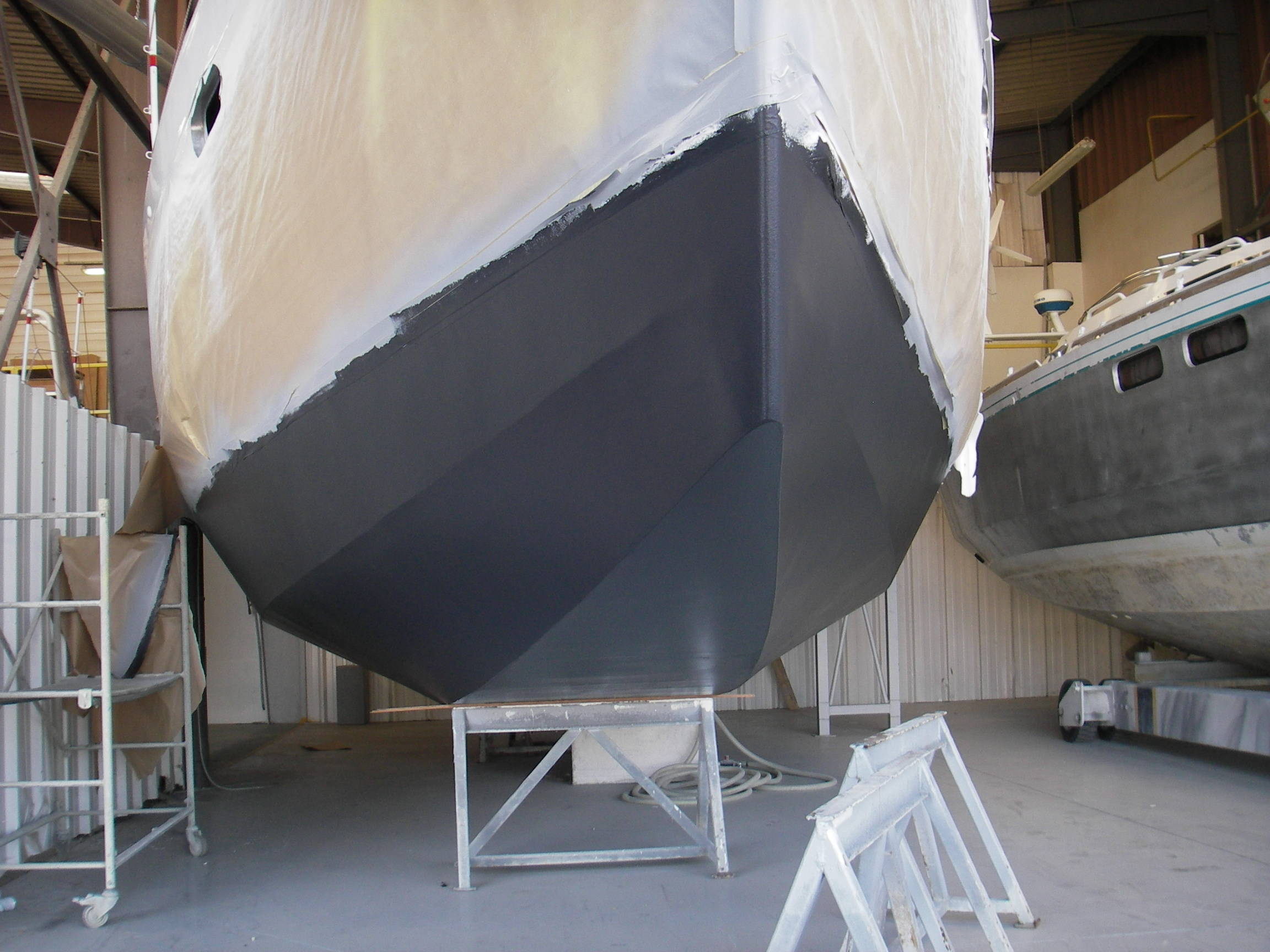 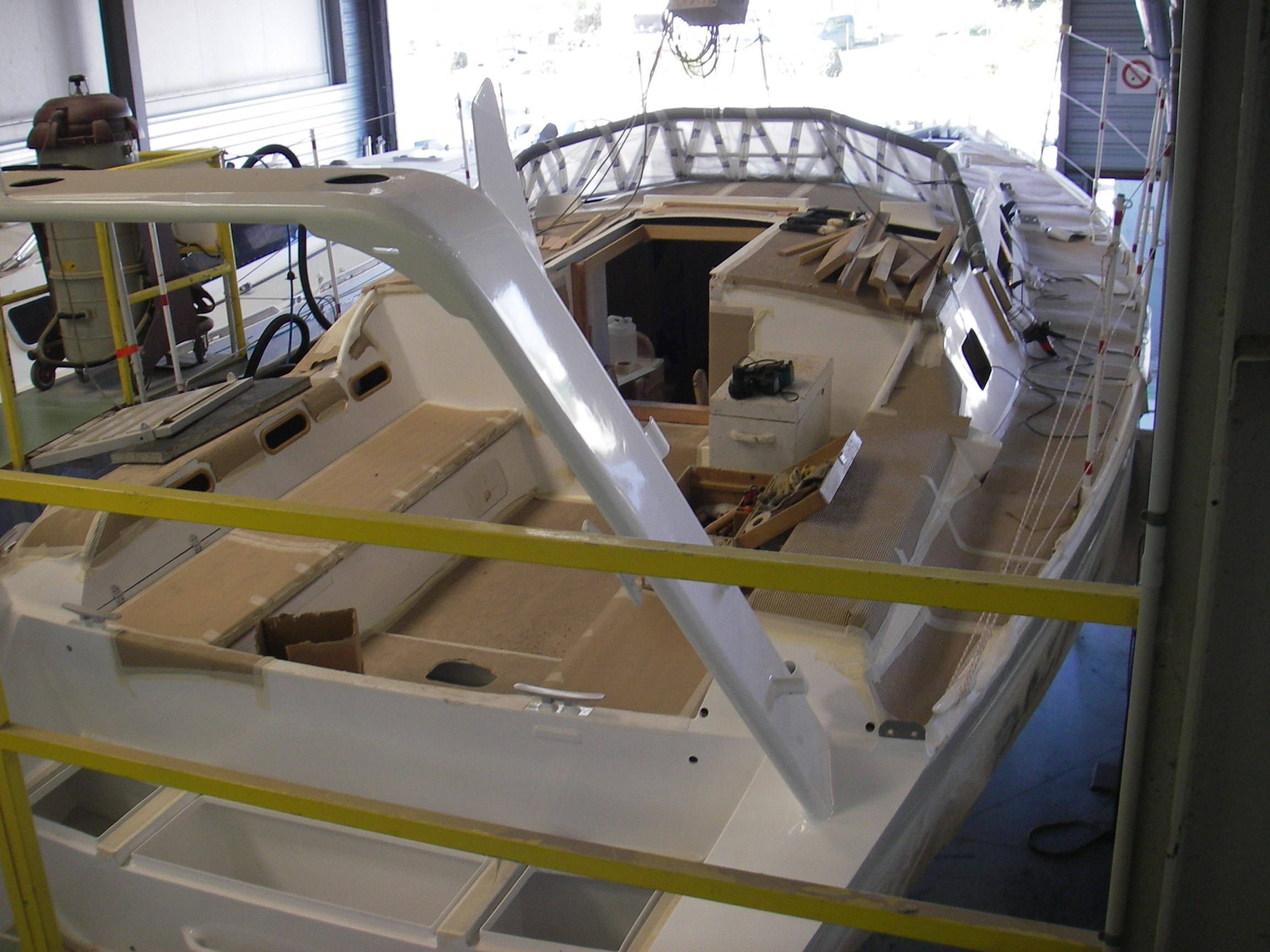 We had quite a few things to check out and measure up, which was difficult on Antipole as she stood, especially with men working on her, so we were given access to another similar boat just launched, and spend useful time going over things there.  The weather was glorious sun, reaching 28°C and with balmy evenings – surprising after a modest drive down from the channel.

After we had finished in Les Sables on the Thursday afternoon we drove to the village of Vierhouten in Holland, where Ynskje’s mum and her husband live and where there was to be a family gathering.  It was a long haul – well over a 1000 kilometers, so we stopped off overnight in the small and very picturesque French town of Villedieu-Les-Poêles.  The plumbing in the Auberge led to a real French farce worthy of Brian Rix (for those who remember him) with rushings from room to room and bins in the dining room to catch the water from our room above.  Then it was on right through Belgium (not an enjoyable experience as usual) to Vierhouten, where also arrived Ynskje’s son Dan from Munich, daughter Sarah & son Nick from England and other family from various parts of Holland.  We are now in Amsterdam visiting Heleen before returning to the UK on Friday.

The next time we see the boat, she should be on the water!  More news then.

3 thoughts on “A further visit to Antipole in build”