We returned to Antipole on Saturday 5th November to prepare her for lifting out for the winter.  Ynskje found the vane from the wind instrument lying on the deck.  Presumably some bird had tried to perch on it and it had come off – we were very lucky that it fell on the deck and not overboard.  So it needed Tony to make a trip up the mast, together with the wind vane and tubes of Araldite to hopefully stop it coming off again.  The view from the top of the mast over the wet marshes was amazing 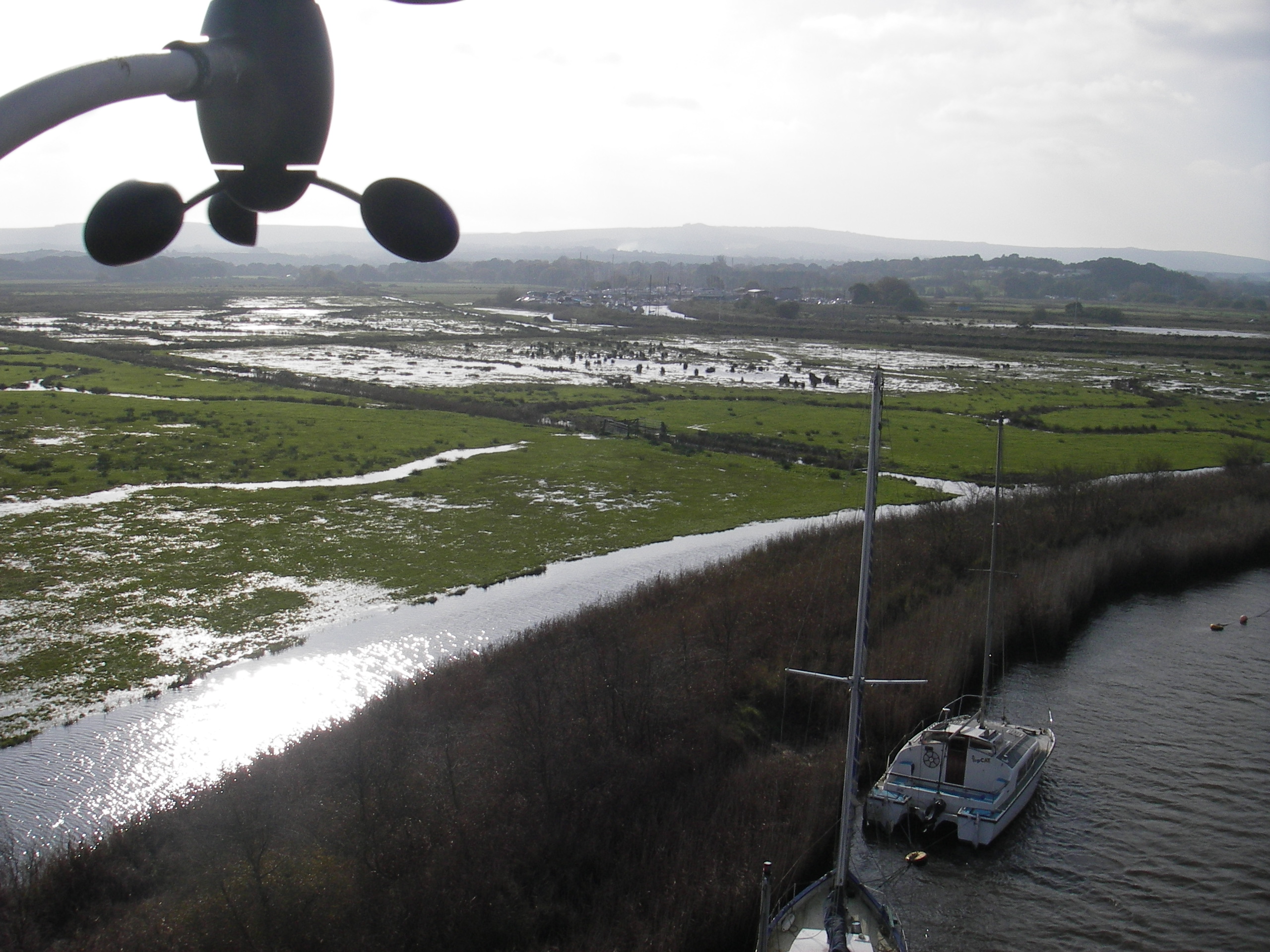 and the view downwards best not dwelt on! 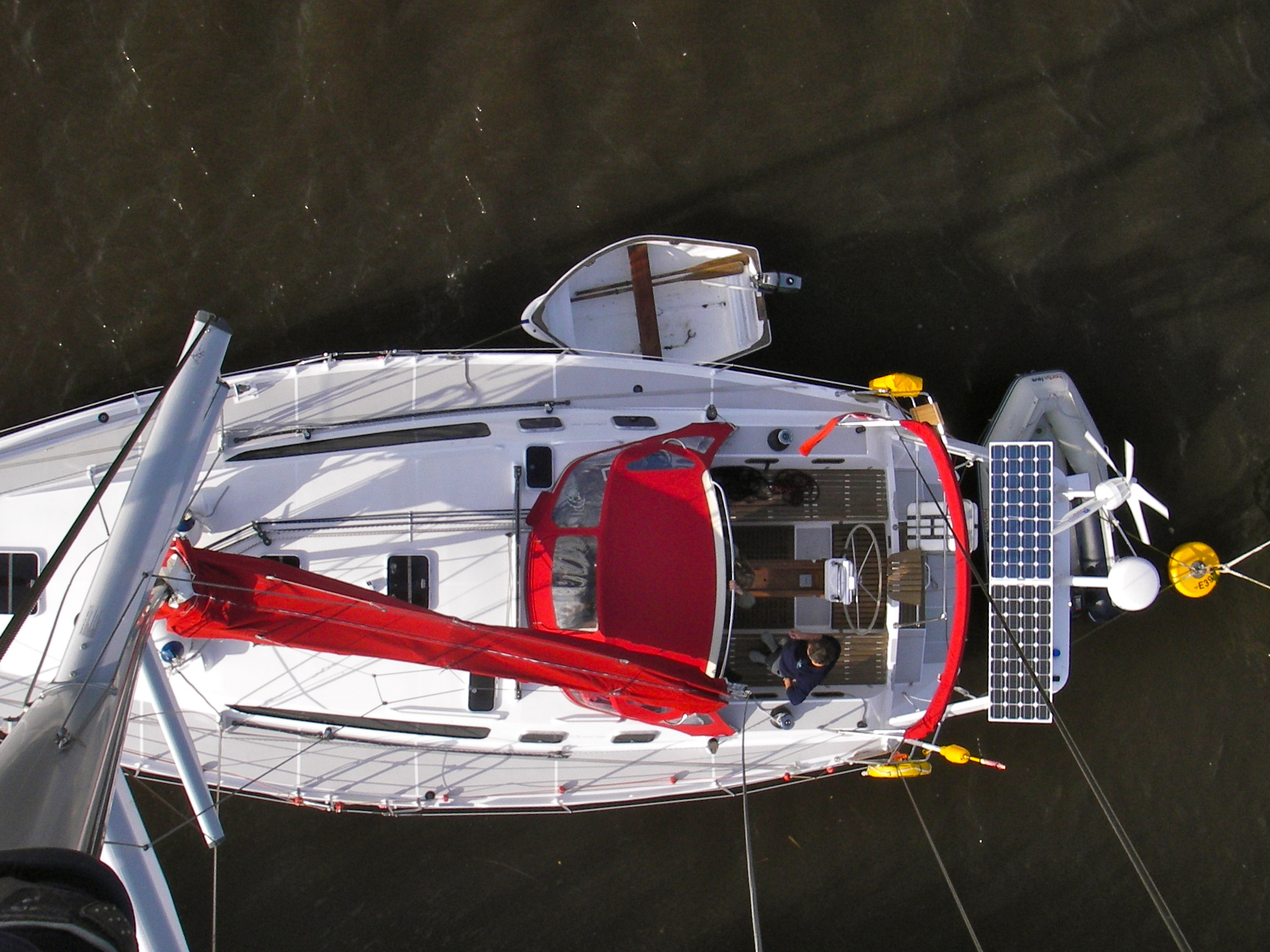 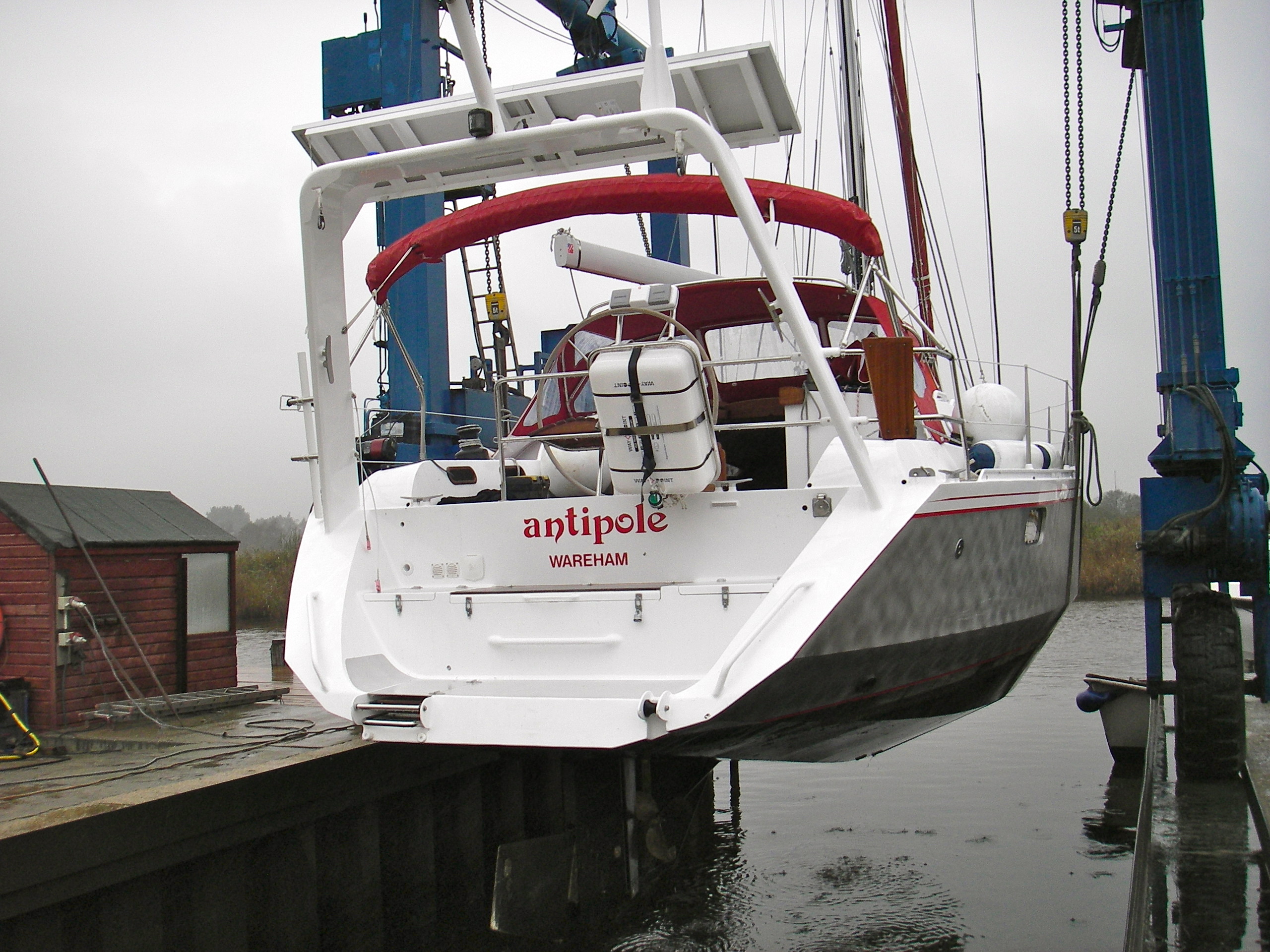 There has been a lot to do and much to learn as this was our first time laying up for the winter.  As we will be in New Zealand from December to February there is no option to pop over if the weather turns cold, so we have had to prepare for the worst.

We ended up taking  the main sail off, which we had not planned as it is fully battened and quite complicated.  Flies and other insects from the reed beds had been taking up residence and making a mess in the sail, so it is as well done.

The engine had to be prepared with anti-freeze introduced into the sea water cooling system, and the water tanks had to be drained off, but not just the tanks.  There were two heads (toilets) to drain out, three showers, the hot water tank and system pressuriser  and accumulator, just to mention some. 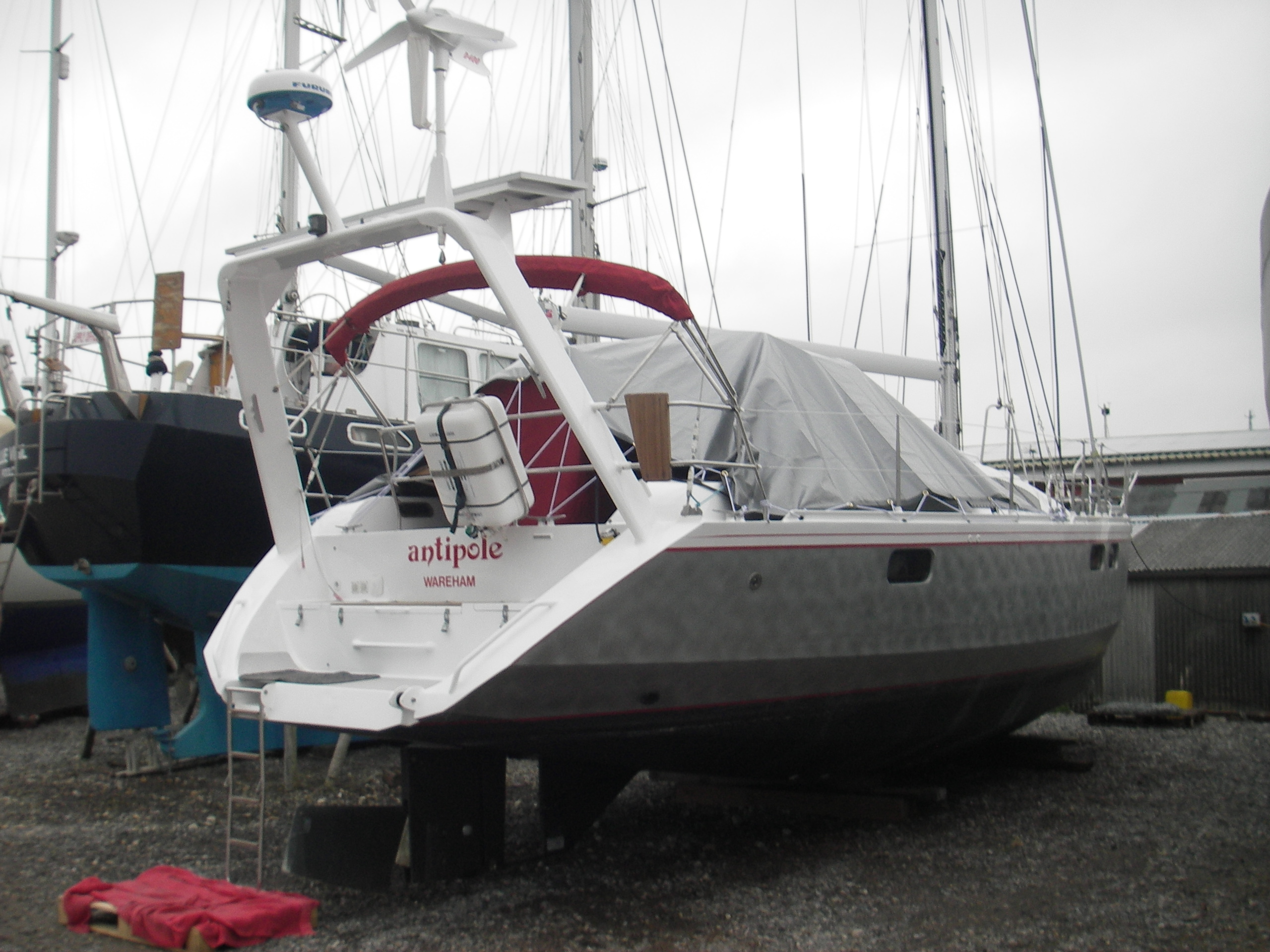 Altogether it was much more complicated than Santana, and manuals needed to be consulted as we were unfamiliar with the equipment this first time.  This is not to mention the clearing out of food stores and clothes etc.

We have arranged for an electricity supply over winter and have set up a dehumidifier, so we have not had to remove cushions, books, charts etc., which is a great boon.

Finally Antipole is covered, and we have this evening arrived back in Southsea with bags and bags of washing, food and other stuff to sort out.

Well, that’s it from Antipole for this year.  See you next season!

with love to one and all

One thought on “Wrapping up for winter”