After the stiff sail down from Scheveningen, we had a relaxing three days in Vlissingen moored in the VVW Schelde yacht club.  Vlissingen is a pleasant relaxed town, mainly a port with a sea-front boulevard, behind that an old central square with its Waag and a host of cafés and restaurants.  On Wednesday Ton & Trees visited us by train from Nunspeet, and on Friday evening we had drinks and supper in the friendly yacht club, while awaiting the arrival from Frankfurt of Tony’s son David. 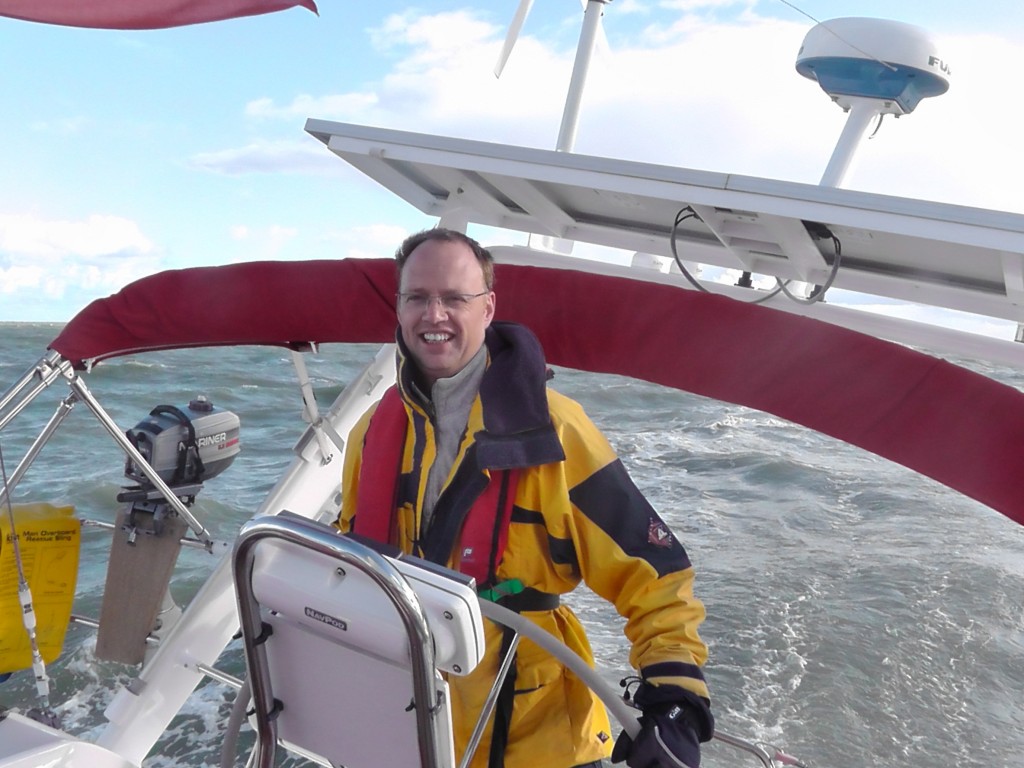 On Saturday morning early just before dawn we locked out and set sail.  The weather started with rain but brightened up and provided an excellent northerly force 5 which made for a fast passage all the way past Belgium.  The wind eased in the afternoon and we were able to set the spinnaker for a couple of hours, before arriving in Dunkerque just after 4pm, having covered over 56nm in just under 9 hours.

So on Sunday we were able to have a lazy day and enjoyed seeing photos of David & Rachel’s recent visit to India, before David departed for home.  We were moored at the Yacht Club de la Mer du Nord, as when we were here before.

On Monday we stocked up with French goodies and some French chandlery bits while the winds blew, and we extended our stay over Tuesday while England was lashed by storms and rain, of which we got a bit.  So we set off for Dover this Wednesday morning.  We had an excellent sail along the French coast with a Force 5 to off Calais, where we turned to cross the Dover straits shipping lanes. The wind picked up to Force 6 and we had three reefs down on the main sail and a much reduced genoa. As we were crossing the west-bound shipping lanes we got several rain storms gusting to Force 7, but they eased a little as we clawed our way into Dover port.  A very wet welcome back to England!

From here on we have several things against us: (1) the tides hereabouts are difficult due to the meeting of the flood up the English Channel and that down the North Sea; the effect is that they are against us for an unreasonably large portion of the next passage, (2) the time of the tides is unfortunate; the west-going stream starting in the afternoon – too late for a good passage, (3) there are few ports to take shelter in – Eastbourne being our first, (4) the winds are strong and now from the west – on our nose.  We could deal with one or two of these – but have all four, difficult without extra crew to sail extended periods.  So not sure what we shall do – we may try our luck tomorrow Thursday or Saturday, but (2) above will not sort itself until well into October.

More news in due course – love to all

One thought on “Vlissingen, Dunkerque and the white cliffs of Dover”