From Kalmar we had a rather difficult beat down the southern part of the Kalmarsund against a shifting wind.  We stopped for two nights in the only anchorage, tucked in behind some small islets such as Trottem.  It was good to have a rest before the final passage.  The anchorage was very beautiful and rich in wild life, especially lots of wildfowl gathering noisily before their migrations south.  Overnight we were covered in insects, fortunately not of the biting sort, that covered the boat in a bright green deposit.  There were so many jellyfish that they clogged the engine cooling water system and had to be flushed out several times.

It was with mixed feelings that we escaped from there.  The wind had turned at last to the south east and we had a good passage down the last of the Kalmarsund and westwards into the Karlskrona archipelago.  We picked our way through this and round to the island of Saltö and our winter quarters.

The city is spread over thirty three islands.  It looks interesting but we have not had time to explore it properly.  Perhaps there will be time in the spring.

Karlskrona is Sweden’s naval base.  In 1981 a Russian submarine ran aground within a restricted area and there was a major stand-off between the Swedish navy and Russian naval ships trying to retrieve the submarine. 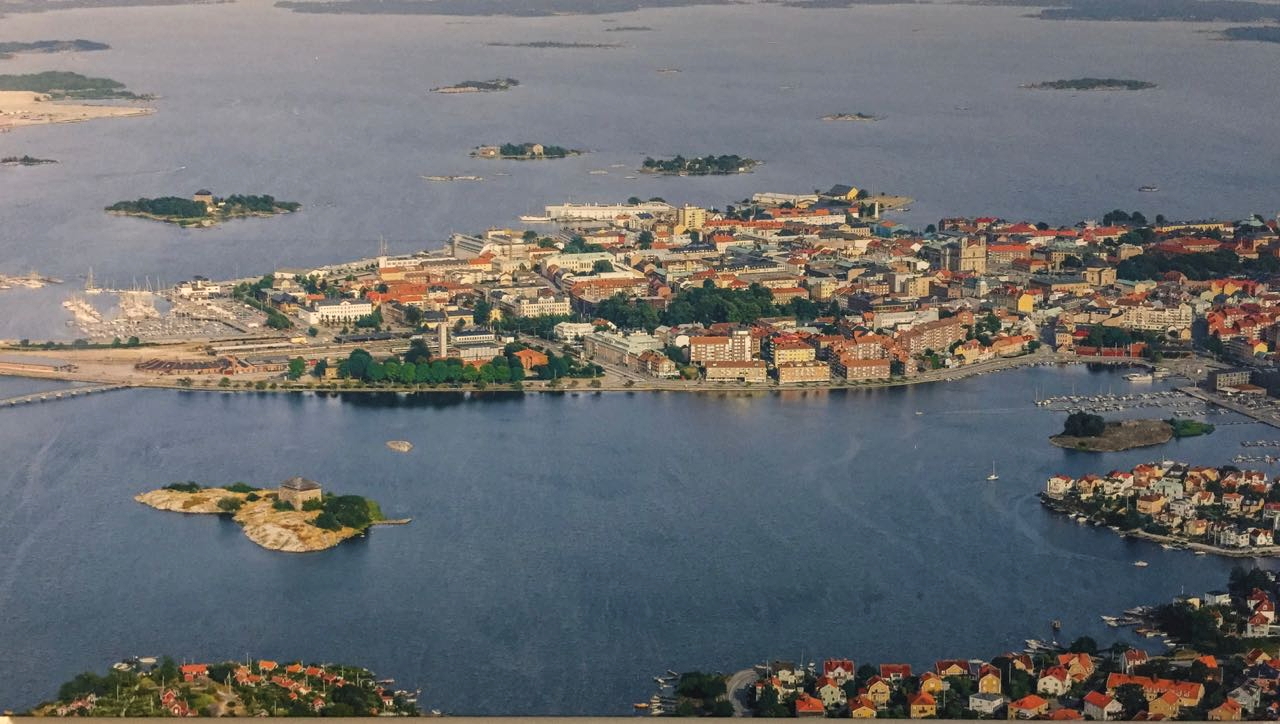 The boat yard Saltövarvet is a small traditional yard up a shallow creek. We were seeing depths of as little as one metre in the final approach and were glad of our lifting keel.

We have been assured the bottom is soft mud and so it must be as several craft of deeper draft were present – they must just push their way in.

The yard has expertise in wooden boats and is presently constructing three vast oak ribs for a naval ship of 1710 under restoration.  Once complete, they will be floated round to the splendid Naval Museum, which is a major attraction here.  We will definitely visit next spring.

We were unsure how they proposed to lift us out as there was no sign of anything able to handle other than much smaller craft.  On the appointed day a huge mobile crane arrived and Antipole – all 11.6 tons –  was lifted and swung through the air into her winter resting place.

We have been blest with very fine weather for our laying up work – mostly clear blue skies and only a patter of rain.  It has made the whole process relatively easy – particularly touching up the paintwork and turning out lockers for cleaning.  We have learnt that it is much better to do this work when laying up in the autumn rather than in the spring.

We moved into a hotel for the last two nights.  From Karlskrona we have a train direct to Copenhagen airport in Denmark, from where EasyJet will get us back to the UK.

This will be our last post for the 2018 season.  It has been an incredibly interesting time with amazing archipelagoes to cruise amongst and fascinating towns and cities to experience.  You can explore our 2018 track log here. 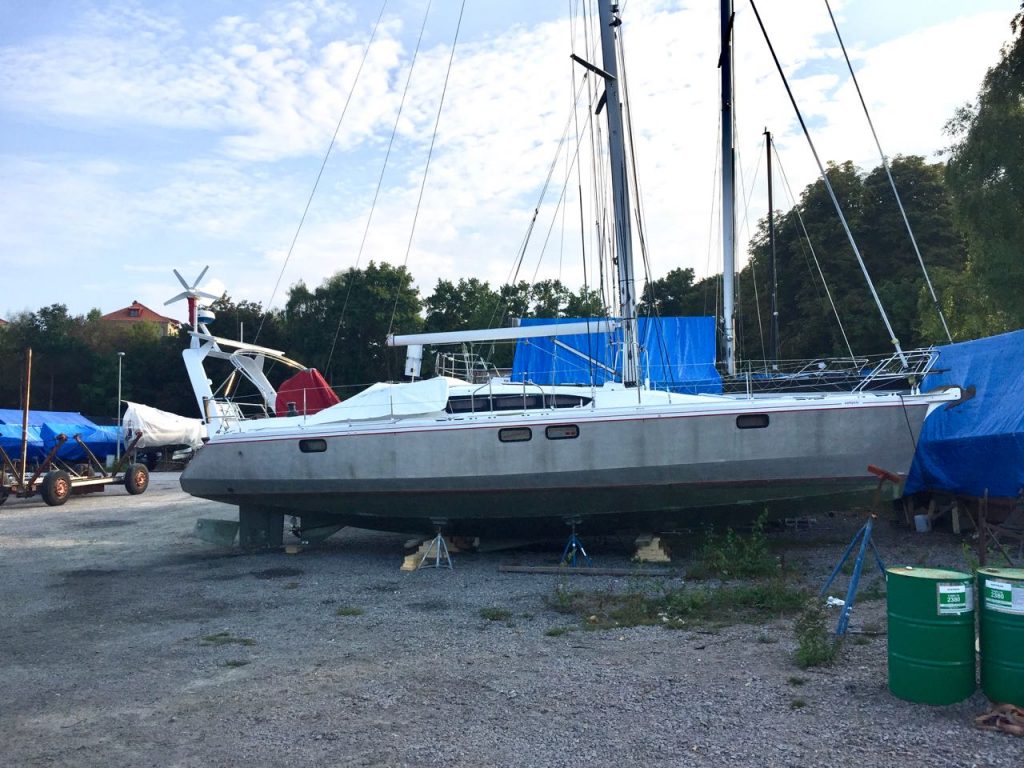 2 thoughts on “Laid up in Karlskrona”